"Nature is sovereign at Château de Berne and it's the cornerstone of my cuisine. Every day, the Château vegetable garden offers up new gifts that I strive to honour in my dishes. Our fresh produce is already as good as it gets – all I have to do is embellish it a little to obtain seasonal dishes that are as close as possible to nature."

For a nature lover like Louis, Château de Berne is a limitless, rich and inspiring playground. He started working at the Berne kitchen in April 2016 before taking over the helm in early 2020, and today expresses his boundless talent and creativity through simple and authentic cuisine that shines the spotlight on local produce and Provence's envied lifestyle.

Louis immediately fell in love with Château de Berne's natural charms and vowed to honour the wealth of organic local fruit and vegetables offered by the Château vegetable garden and orchards, given pride of place on the menu of "Le Jardin de Benjamin" in every season - a genuine back-to-nature experience that delights him and allows his creativity to run wild: Haut-Var saffron pistils adorn the plate one day, while Piedmont vinegar exalts flavours the next. "I try to do as well as nature and better if possible, but that tends to be complicated", he confesses with a broad smile. Louis' team vision of success and his unfailing respect for his people and produce form the beating heart of his cuisine. 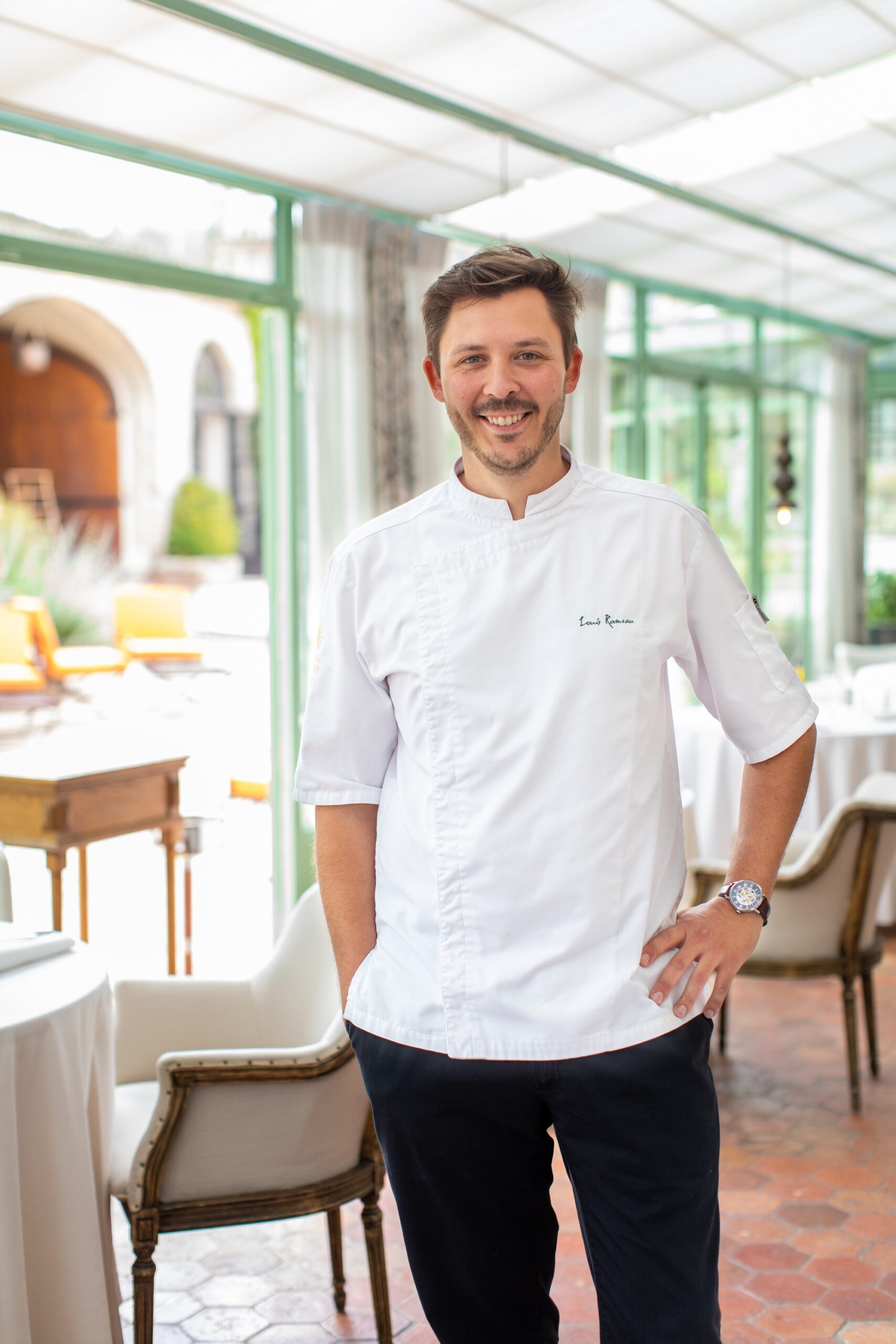 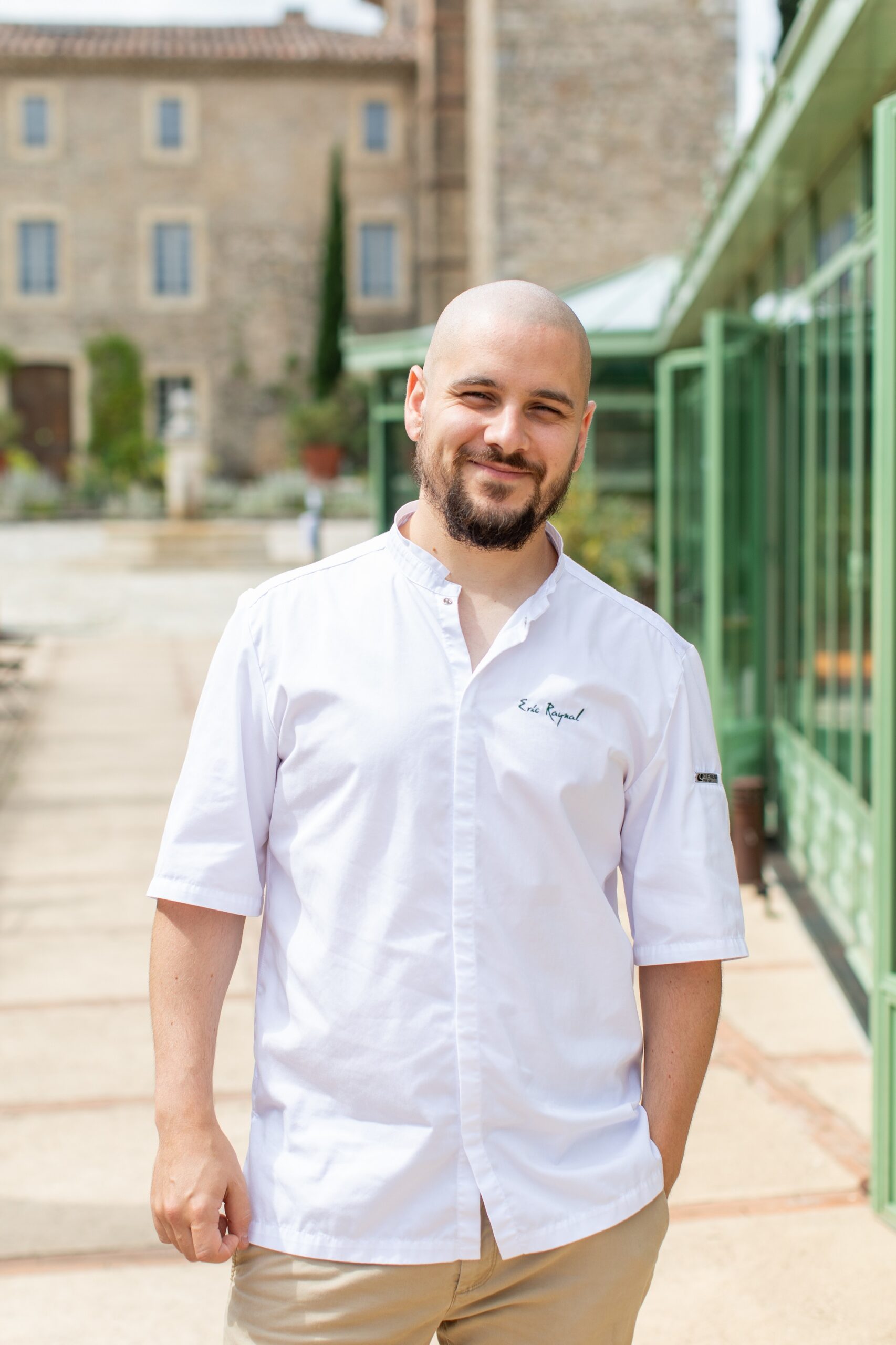 "As a kid I wanted to be a train driver, but in the end I'm not that far away. I try to make people travel with culinary pleasure as a destination."

Éric freely admits he's always wanted to work at Château de Berne. And in just a few years, he has forged himself a place of honour here as one of the Château's most inspired contributors. It only took him one season to be promoted to Pastry Chef in 2016 and prove that "everything is possible when you're willing to work for it".

From the very friendly "Le Bistrot" to the refined "Le Jardin de Berne*", Éric is a master of everything sweet and strives to honour the spirit of the site and its natural beauty. A lover of the local soil, he gives pride of place to homegrown produce and has also started growing some unusual citrus fruit of his own, including kaffir lime, finger lime and citron. He constantly pushes back the limits of his creativity and culinary ambitions – and those of the local producers. "Light on sugar and powerful in taste, my desserts are in pace with the seasons and our garden", explains this demanding Chef now at the head of a team of expert pâtissiers - not cooks, as Éric likes to point out. "It makes a huge difference to the final result", he adds with enthusiasm.

2020 marked an outstanding achievement for Éric, who swept up an award in the Michelin Guide's "Passion Desert" category.

"You have to be passionate about what you do if you want to really touch people with your dishes." to be able to convey emotions on our plates".

Aurélie has been head chef of our Le Bistrot restaurant since January 2022. Her generous and lovingly-prepared cuisine is inspired by Château de Berne’s stunning fruit and vegetable gardens. Aurélie joined Le Bistrot, five years agao, as assistant chef, then rapidly climbed the ranks to head up the kitchen.

Born locally, she is committed to flying the flag of the rich local terroir. «I’m 100% Made in Provence», she recognizes proudly. "I am a pure a product of the Var region", she proudly admits.

Her creations are concocted entirely with fresh produce: «We only offer the very best.» And she has plenty to choose from thanks to the Château’s grounds, vegetable garden and orchards – all cherished organically –honoured on her seasonal menus. Aurélie loves sparking the same emotions in her guests that spurred her passion for cooking, for example by surprising them with local produce paired with original touches.
«I enjoy doing something a bit different.» 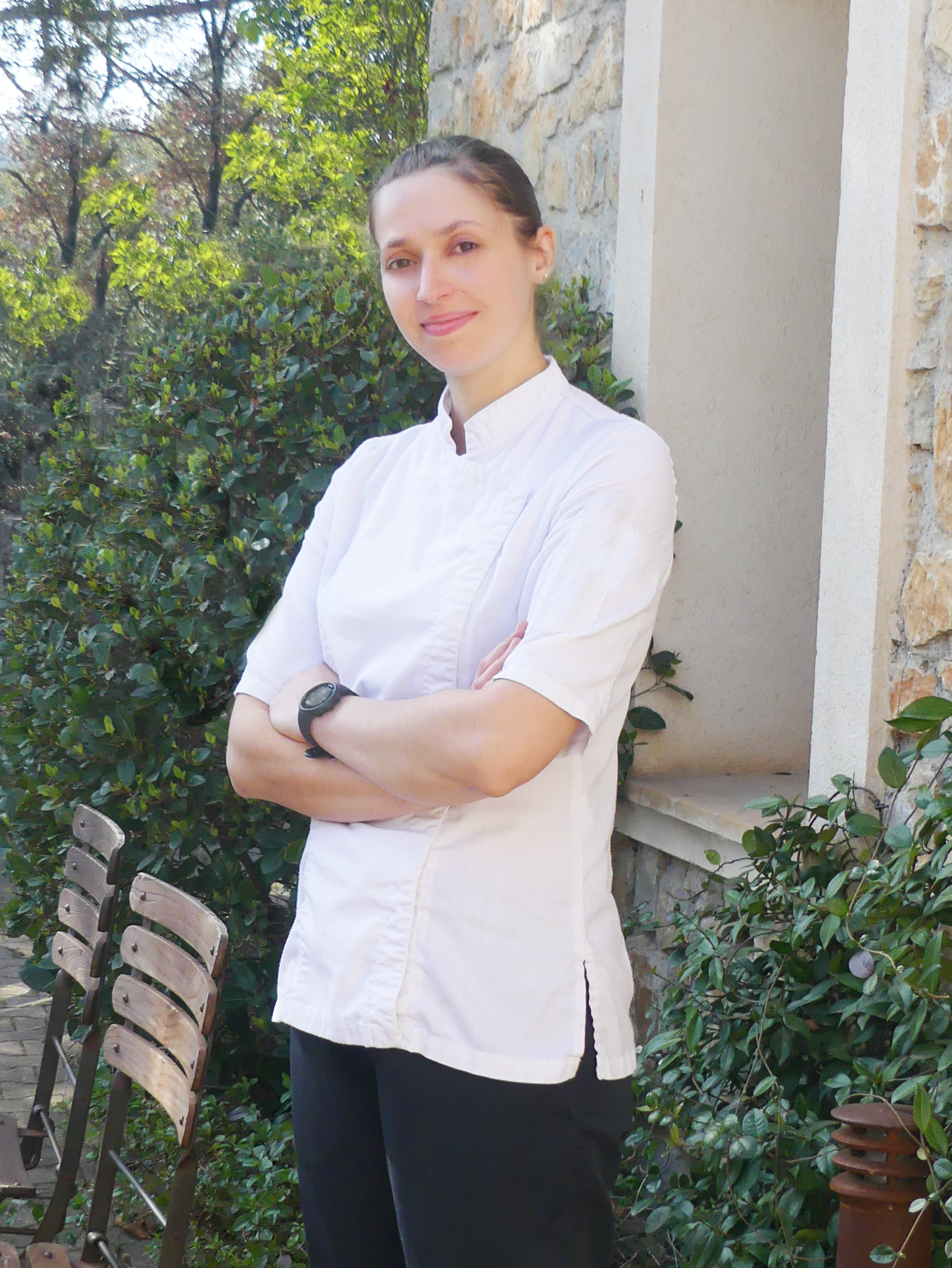 (next to the tasting room & boutique)

Book Your Table
Book a Treatment
SCHEDULE YOUR SPA EXPERIENCE
Please call any time or send us an email to book a massage or treatment.
Spa
Book a treatment
Book a Cellar Tour
CELLAR & TASTING
Please call any time or leave a message to book a guided Cellar tour with wine tasting, or if you require any information
Cellar
Offer a Gift Voucher
GIFT VOUCHERS
OUR FAVOURITES TO DISCOVER
Offer a Gift Voucher